They say...“Believe only half of what you see and nothing of what you hear.” nevertheless, this recently heard story got me thinking.

A woman, who regularly had headaches after each day working in a heavily electrosmoged office, discovered the way to prevent them was to keep her mobile phone and wi-fi switched on at home.

Electric Forester has already written about similar rebound effects when people are new to using bed shielding canopies. Reports from users suggest withdrawal effects are possible when they are able to escape the perpetual onslaught of electro-smog, now endemic in most everyday environments.
Intoxication & Addiction: 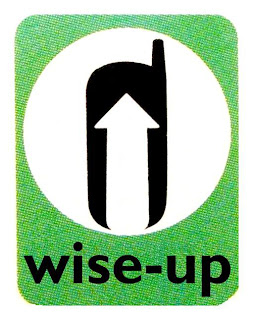 When a body has been ‘intoxicated’ for some time, it becomes habituated or acclimated and may demand regular top-ups.  It is not unusual for adverse effects to accompany stimulus withdrawal. This should not be surprising as external factors (chemical substances / pathogens / radiation etc.) which require the body to ‘accommodate’ them cause the body to respond with a sophisticated and complex array of counter-measures. If the stimulus suddenly goes away, coping strategies, which have perhaps been developed over time, become excess to requirements and potentially toxic to the body. To neutralise these defensive measures before they themselves turn toxic, the quickest and easiest way is to give them something useful to do and that can be to give them more of the toxin upon which they are targeted. In consequence the cycle of addiction and withdrawal, repeats.
Timing:
If the impact of the toxin were immediately countered by measures whose effects last exactly as long as the toxin, then balance would be maintained, but there is likely to be a delay in the production of counter measures as they ramp-up to respond to the initial assault. There will be a lag so that if the stimulus is withdrawn the antidote level will overshoot and exceed the required level, unless the body has some way of detecting or predicting the changing level of exposure in advance. The sneeze is a case in point. It allows the body to reject the input and buys it time to prepare. For airborne chemicals, the outer sensors in the nose send an immediate message to the brain. By the time a chemical reaches the lungs, the body is already mounting counter-measures. In a similar way, the smell of fresh coffee alerts the body what to expect and gives it, based on similar experiences, an idea of the quantitative level to expect (how hot, strong, sweet etc.) and thus forewarns the body to prepare appropriate actions to handle it.
Dependence:
If the body has been fending off attacks for a long time, sudden cessation of the protagonist can produce an intensification of alertness. It is as if the senses believe the threat is still present, so it becomes hypersensitive in a attempt to detect it. Only after the body is satisfied that the threat really has gone away, does it allow its defences to stand down and return to a more normal level.
Too Quiet To Sleep:
City dwellers can find it difficult to sleep in the still of the countryside, their bodies having become accustomed to the constant stimulus of the metropolis. There are well accepted physiological reasons for this. If the trillions of cells which make up a human body never get the chance to relax properly, they build up a toxic burden. When they are finally able to process their backlog, suddenly a whole variety of previously sequestered toxins have to be simultaneously dealt with. This is likely to be something the body will resist until it is sure it will have the capability and time to complete the necessary reactions.
A Change Is As Good As A Rest:
A new environment contains different ‘stimulants’, which in turn demand alternative counter-measures and provides the body with the chance to rebuild reserves.

Is it time for a holiday from Electro-smog?
----
Posted by Electric Forester at 1:27 PM

Electric Forester
What would you like to know about electromagnetism or EHS? Give me inspiration and I’ll write a post.